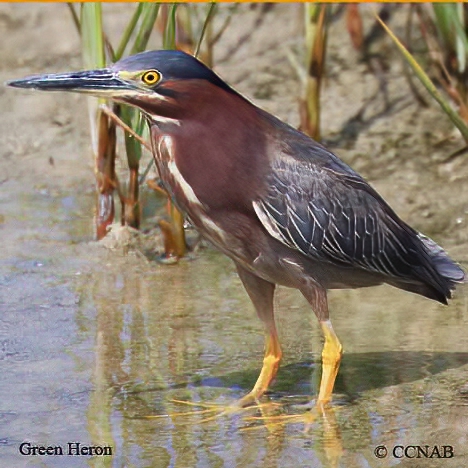 The Green Heron is a small wading bird that is often seen standing on logs and along the marsh edges in small ponds and lake shores. It is a patient hunter, waiting long periods of time for a small fish, a frog or maybe a snake to swim by. This heron is fairly common in the central and eastern US states and southern Canada.