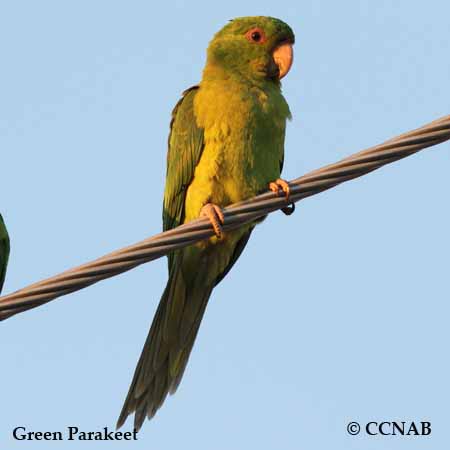 The Green Parakeet is one of the few parakeet species seen in North America and is currently recognized by the American Birding Association. This attractive bird can be seen in large numbers in southeastern cities in Texas. They are also being reported in the southeastern regions of Florida.