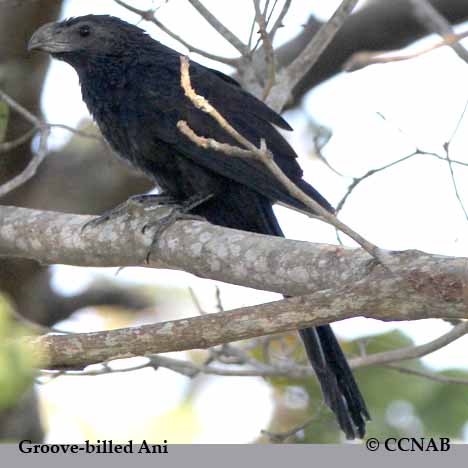 Life, Habitat and Pictures of the Groove-billed Ani

The Groove-billed Ani is a large black bird that is somewhat similar to the grackle but has a stouter body and bill. It is a field bird that prefers taller grass with bushes. It is seen in the southeastern regions of Texas during the summer months and farther north in the winter time. It is commonly seen in Mexico and Central America.