Lives, Habitats & Pictures of the Anis 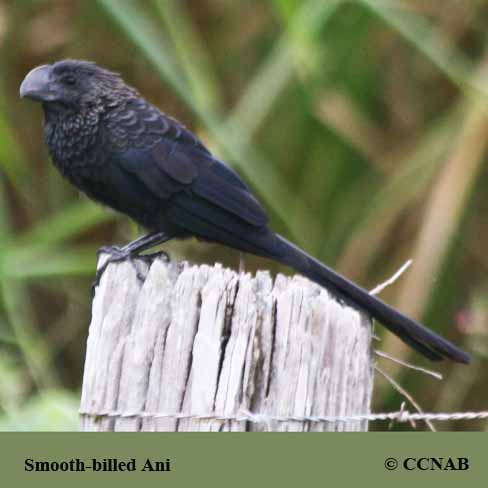 There are two types of anis found in North America. The Smooth-billed Ani is the largest of these two species. This bird is found in small numbers and is slowly disappearing from the North American continent. It is now only found on the southern tip of Florida. The Groove-billed Ani has all of the same characteristics and appearance of the Smooth-billed Ani. The only difference is its smaller bill and slightly smaller body size. This bird is common in the southern ranges of Texas into Mexico. Close attention to these birds and their calls is needed to distinguish them from one another.

The anis are found in weedy areas and shrubs where they hunt for insects, sometimes eating fruit. These birds are not strong fliers and are usually seen in flight and gliding with slow flopping wings.