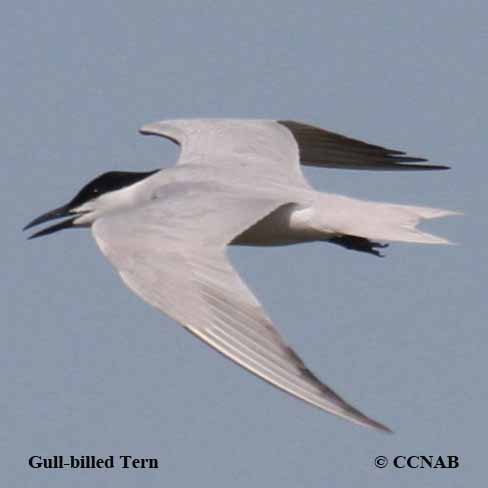 The Gull-billed Tern is a medium-sized tern that is recognized by its thick black bill and black legs. This tern prefers warmer waters and is seen from the central regions of North America and southward into a more tropical climate. It is a common seabird in the southern regions of California.