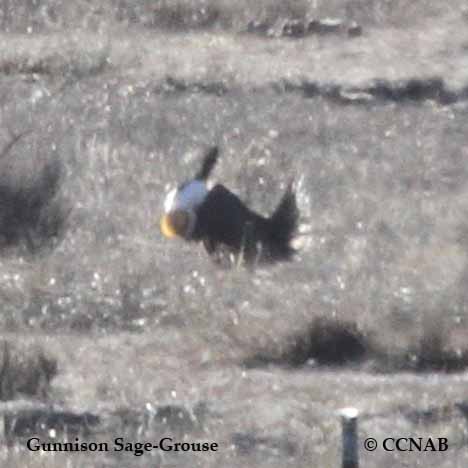 Life, Habitat and Pictures of the Gunnison Sage-Grouse

The Gunnison Sage-Grouse is very similar to the Greater Sage-Grouse. This sage-grouse has a very small population and is only found in a few areas of Colorado and Utah. It is listed as an endangered bird and is a protected game bird. The male can be identified by its long trailing head feathers that reach its' back.