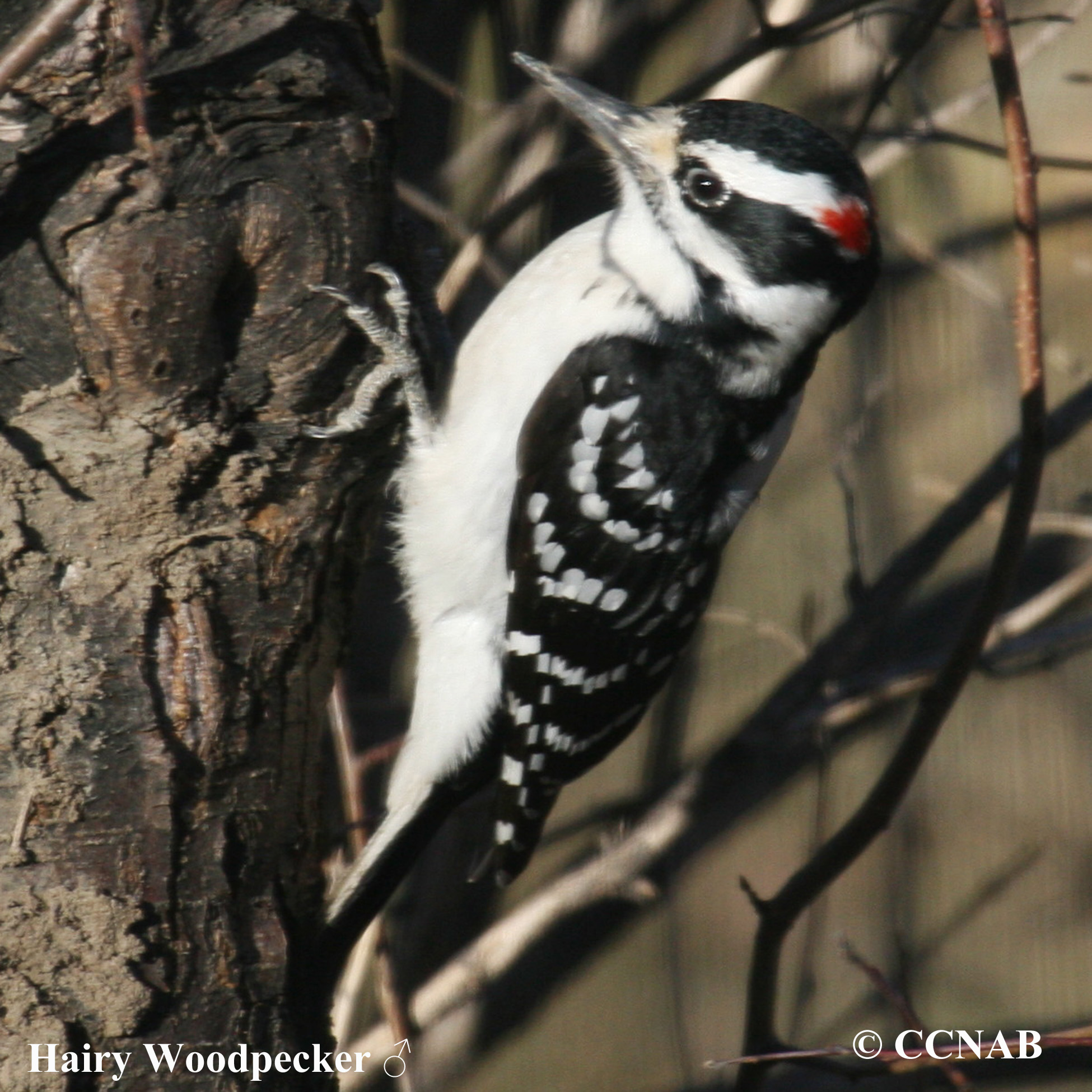 Species: The Hairy Woodpecker (Picoides villosus) is one of the most common and widespread woodpeckers seen in North America. It is almost identical to the Downy Woodpecker, except for being a larger bird in appearance, with a larger and longer bill compared to the size ratio. It is a shy bird around people. It prefers coniferous and deciduous forests.

Distinctions: The male and female are similar in appearance, mostly black and white. Western subspecies from beyond the Rocky Mountain range, show a darker sooty to browner plumage. Males have two red occipital or nuchal patches on the back of their crowns. Both birds have bold superciliums above their eyes, large white areas from their nape to the tail feathers. Most have large white spots on their wings.

Nesting: Four to five white eggs, one to two broods per year, depending on the circumstances. Birds peck out their nest in tree trunks to form cavities for their young and for their own night time roosting quarters. 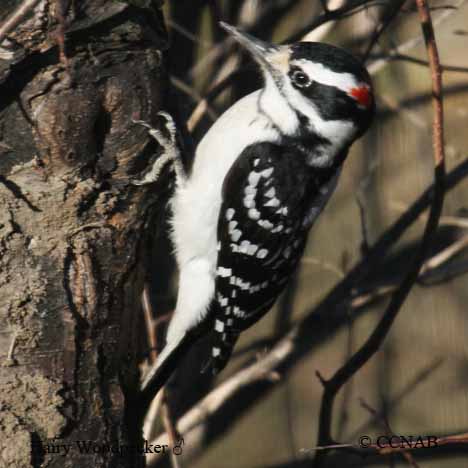 Distribution: Found mostly in forests but can also be found in parks, woodlots and towns. Seen from Newfoundland and Labrador to Northern Alaska, down into California and across to Florida, but not as popular in the south. Seen as far south as Panama and is a resident on the Bahama Islands.