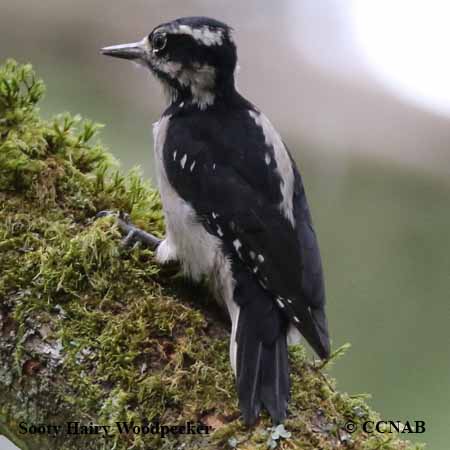 The Hairy Woodpecker (Pacific Northwest) is a sub-species to the Hairy Woodpecker. It is has a similar appearance and colours to the Downy Woodpecker seen in the same areas. But, it is a larger woodpecker overall and displays a noticeable longer bill. This woodpecker is found on the western side of the northern Rocky Mountain chain.

Return back to Woodpeckers

Return back to Forest Birds