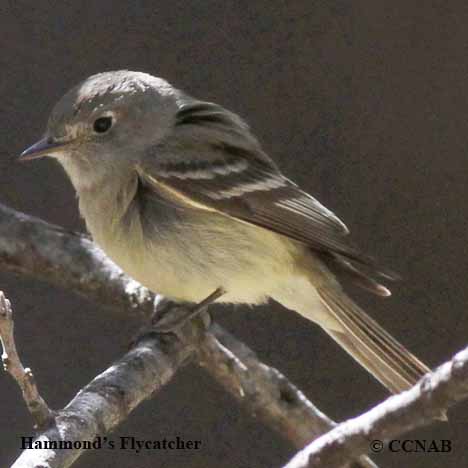 The Hammond's Flycatcher is one of the smaller members of the North American flycatcher family. This greenish-grey bird is found in the western mountain ranges, from southern Alaska through the Canadian and US Rocky Mountains in the warmer months, right into the southern areas of Mexico in the winter.