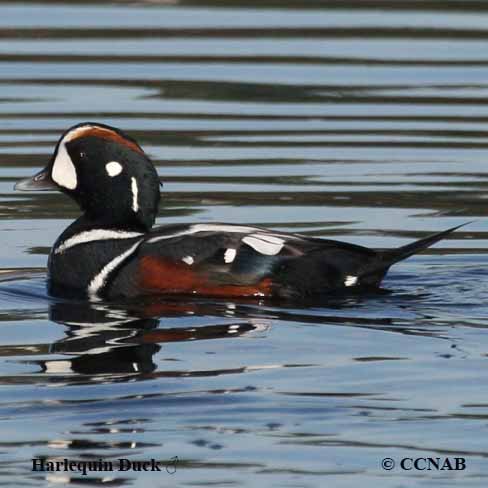 The male and female Harlequin Duck is also known as Lords and Ladies because of its beautifully arranged plumage. This waterfowl is on the endangered list in North America and it is protected from hunting. It breeds in the northern regions of Canada and Alaska, choosing fast flowing rivers and large creeks for their breeding habitat.