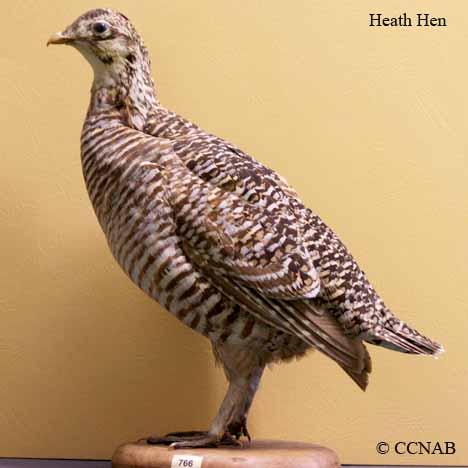 Images of the extinct Heath Hen are courtesy of the North Museum of Nature and Science in Lancaster, Pennsylvania, USA.

The Heath Hen was a sub-species or race of the Greater Prairie-Chicken. This was a large game bird that was seen in the eastern regions of the United States. Unfortunately, this bird went into extinction in the early part of the 20th century because of overhunting and the loss of its habitat.