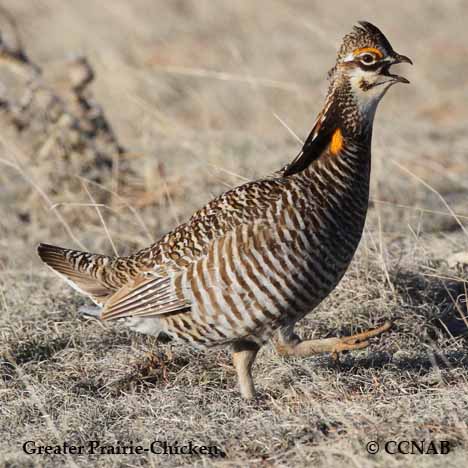 There are two types of prairie-chickens found in North America; the Greater Prairie-Chicken and the Lesser Prairie-Chicken. At one time, these birds covered a much larger range than the ones found today. Loss of habitat was caused by overgrazing, agriculture and overhunting, which reduced these two bird species in population numbers and range.

The male prairie-chickens are known for their large colourful air sacs that the male species displays in leks. This is a ritual where the males and females gather up on breeding grounds in early spring, usually in the same place year to year. In these leks, the males display their distinctive looks, all the while strutting about, trying to attract the female spectators.