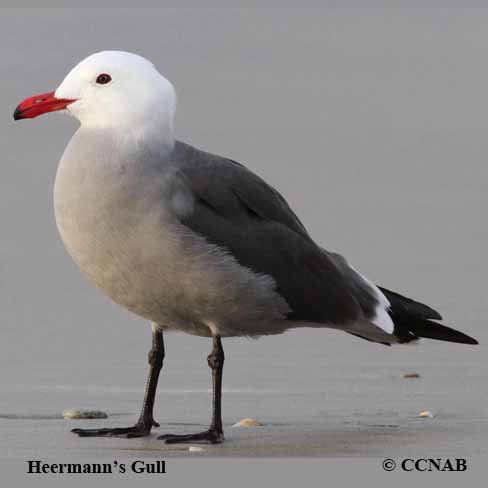 The Heermann's Gull is a grey-coloured western coast seabird that is seen from the southern areas of British Columbia, southward into the California Baja. The gulls appearance varies from white feathered heads in breeding plumage to spotted grey heads in non-breeding plumage. The adult seabirds are distinguished by their very noticeable reddish-orange bills.