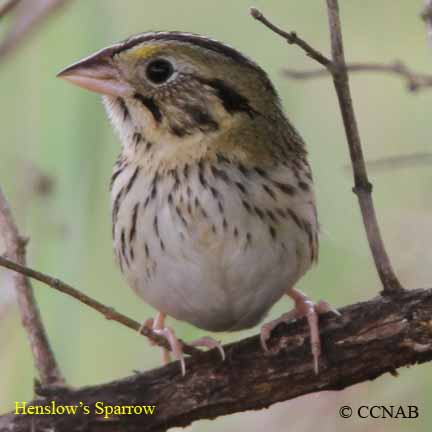 The Henslow's Sparrow is one of the smallest members in the North American sparrow family. This secretive bird finds its habitat in the grasslands of central North America. One of the particular characteristics of this sparrow species is its ability to move under the grass like a mouse. When it feels threatened, it is just as likely to sneak away on the ground rather than fly away.