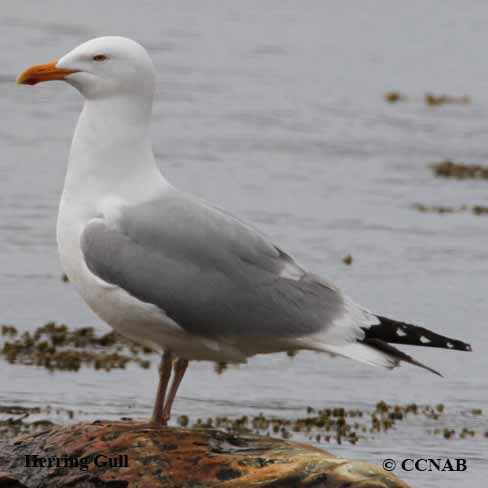 The Herring Gull has the largest overall range amongst all the gull species seen in North America. This large seabird can be seen just about anywhere on the continent of North America, whether it be in Newfoundland and Labrador or the western coast areas of Alaska. It can also be found in Eurasia.