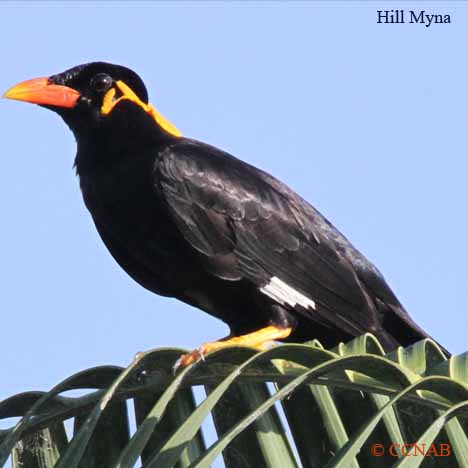 The Hill Myna is an Asian bird introduced into the southern regions of Florida. This bird is in the same family as the European Starling, that is seen here is North America. This myna is comfortable around people and it makes its habitat in the cities and suburbs.