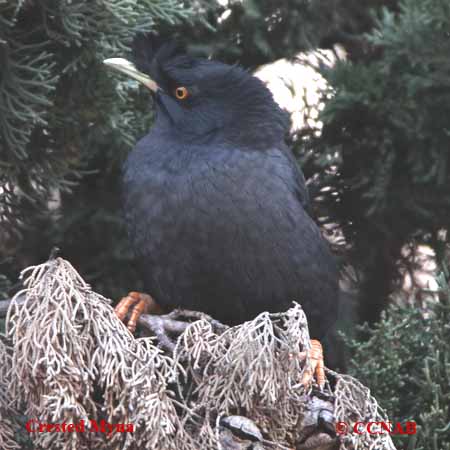 The mynas are introduced exotic birds from Asia. The Hill Myna, Common Myna and Crested Myna are all members of the same family as the starlings. These dark plumaged birds are accustomed to towns and cities and can be found in some Florida cities and suburbs or seen perched atop palm trees as well as perched side by side and forming rows of birds on utility lines.

Similar in character to the European Starling, these birds can be found feeding in parks and towns where they take advantage of food scraps left behind by park visitors.

Return to Field and Streams Birds