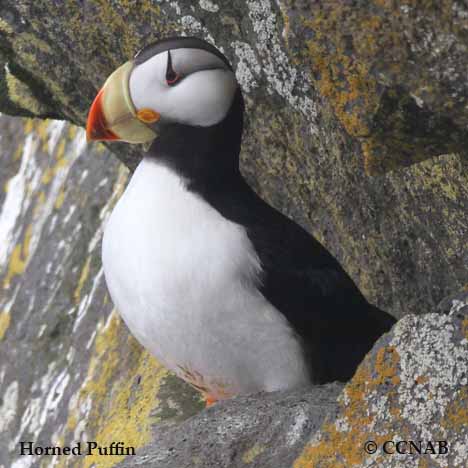 The Horned Puffin is a medium-sized seabird found in the Pacific Ocean. When seen in its breeding plumage, this is a very colourful bird and is very similar in appearance to the Atlantic Puffin, which is seen in the north Atlantic Ocean. In the breeding season, large colonies of these pelagic birds can be seen nesting on the cliffs, along the northern Pacific coast and ocean islands.