There are three types of puffins found in North America. 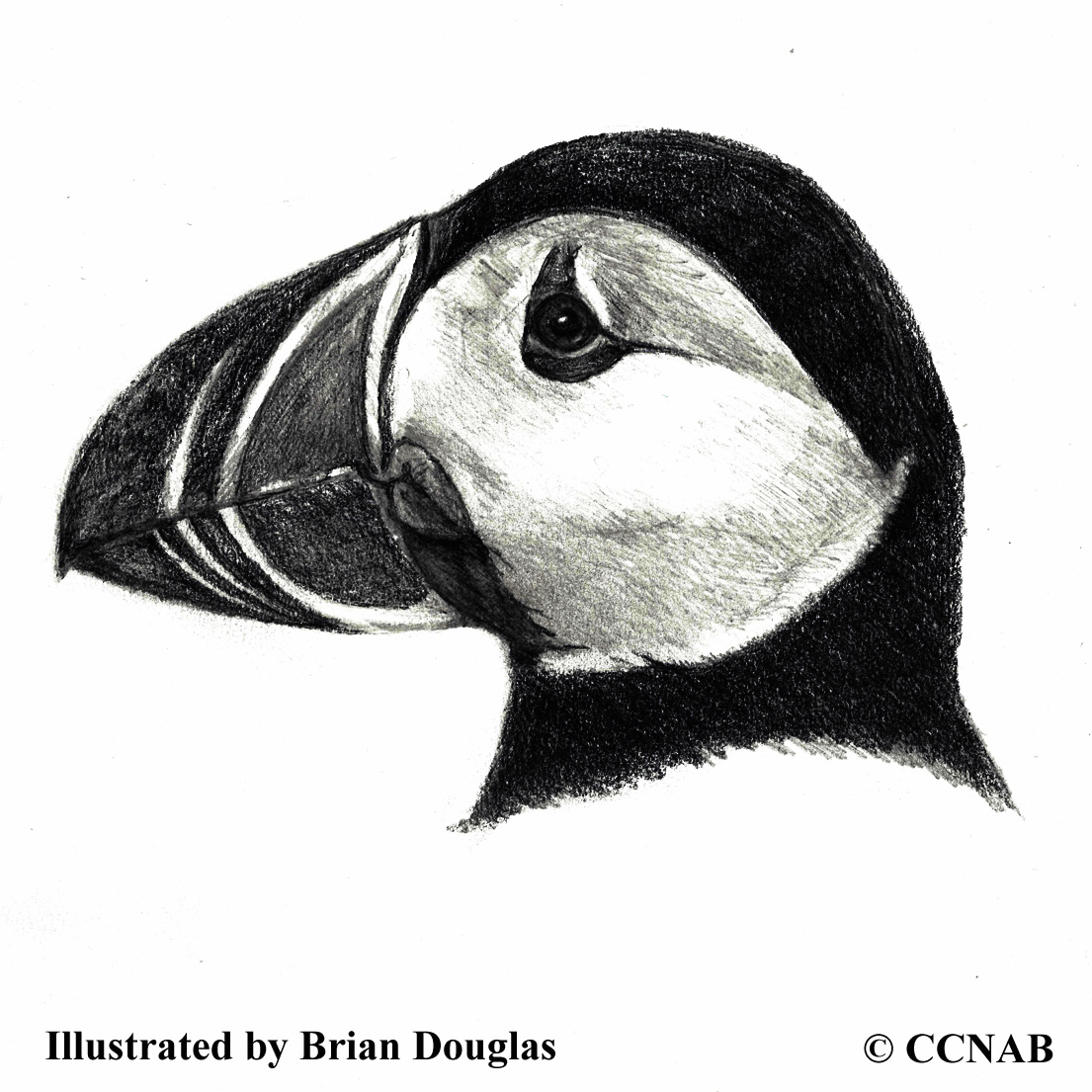 Puffins are recognized by their mostly black and white plumage and large multi-coloured bills. They raise their young in cavities, which they make by digging into the side of banks, usually on islands where there is more protection from land-based predators. These stocky looking birds, with wings that appear to be too small, live next to the water where they are able to dive into the water after a short flight. Small minnows are their main diet and they will sometimes hold the minnows in neat rows on both sides of their bills.