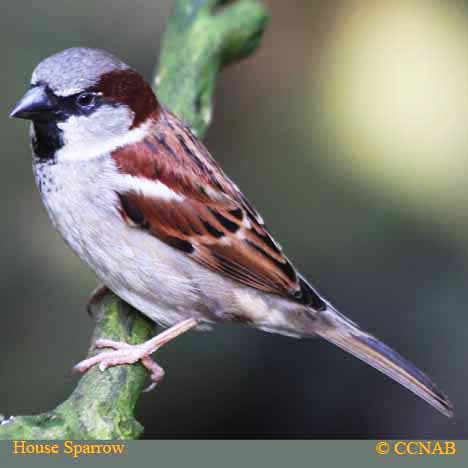 The House Sparrow was introduced to the state of New York from Europe in the 1800's. Today, this sparrow can be found in almost all cities, parks and farmyards on the continent. They are much more abundant in the warmer regions and even more so throughout Mexico and Central America.