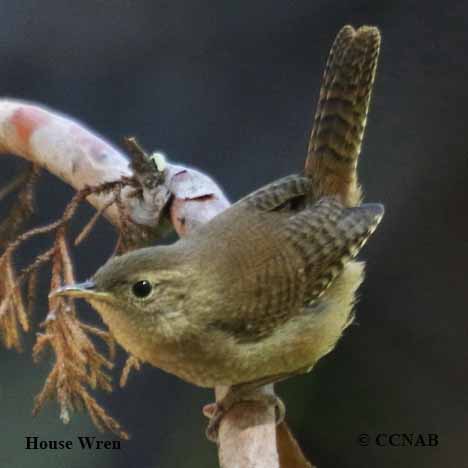 The House Wren is a feisty little bird and it is more often heard than seen. The loud songs gives an impression of a much larger bird, of what you would expect to see. This small bird with a perked up tail most of the time, is seen in many different plumage colours, ranging from rufous-red, brown and multi-shades of grey.