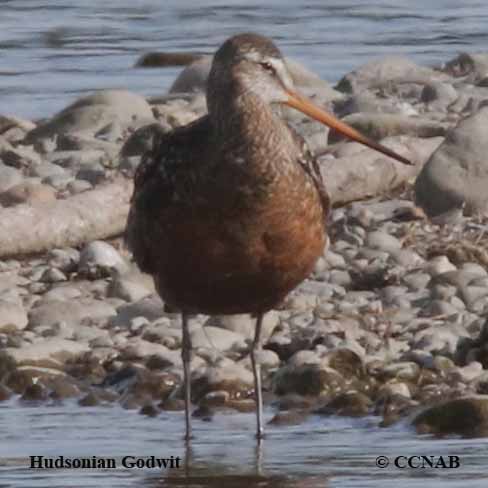 The Hudsonian Godwit is the second most common godwit seen in North America. It is also the smallest of the four species of godwits seen on the continent. This godwit breeds across the northern and central regions of the arctic tundra. It migrates into South America for the winter months.