There are four types of godwits seen in North America. Three of these species are native to the continent. They are; the Bar-tailed Godwit, which is found on the west and northwestern shores of Alaska, 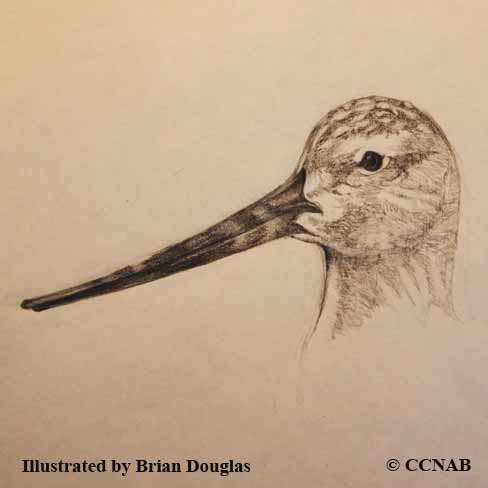 the Hudsonian Godwit, which can be found in different northern regions of North America and one of the easiest places to see this bird is around Churchill, Manitoba where it nests, and the Marbled-Godwit, whose summer habitat is in the central regions of Canada and the USA, has been found throughout the lower half of the continent, during its migrations. The Black-tailed Godwit is a vagrant from across the Atlantic Ocean and is occasionally seen on the eastern coast of North America.

The godwits are the larger members of the shorebird family. These spectacular looking birds can be identified by their long and colourful upturned bills. They are often seen in shallow water or marshes where they probe into the mud and soft earth in search of food.