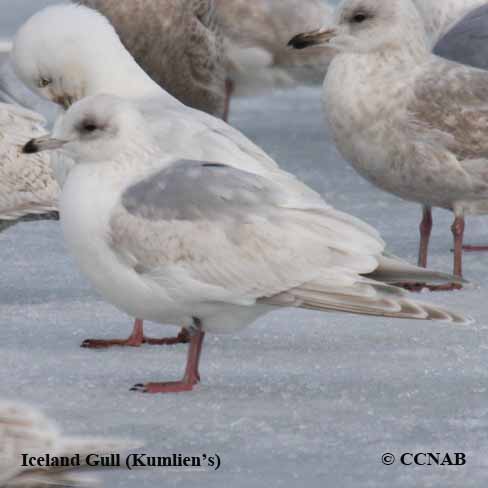 The Iceland Gull is a member of the white-winged gulls, gulls more likely to be seen in the north, where there is snow and ice. These hardy gulls are often seen in the company of the Glaucous Gull in eastern North America, and the Glaucous-winged Gull found in the western areas of the continent.