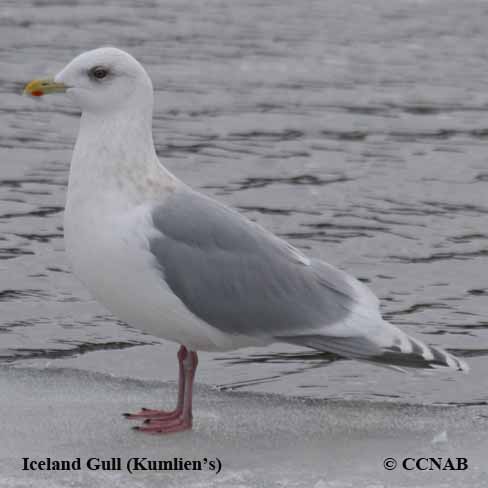 The Iceland Gull (Kumlien's) is found on the eastern coast of North America in the winter months. It nests on the northeastern arctic islands and Greenland. This mostly white-winged gull is similar in appearance to the Glaucous Gull but smaller in size.