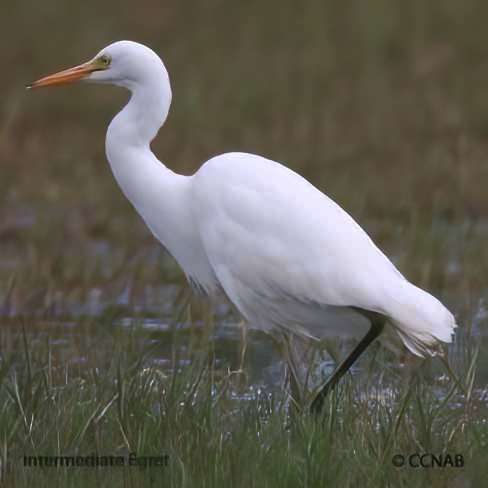 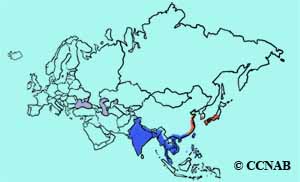 The Intermediate Egret is a native wading bird of southeastern Asia, Africa and Australia. It was once known as the Yellow-billed Egret. These egrets can be seen around small bodies of waters, including marshes. It has been seen in North America and is a recognized vagrant.