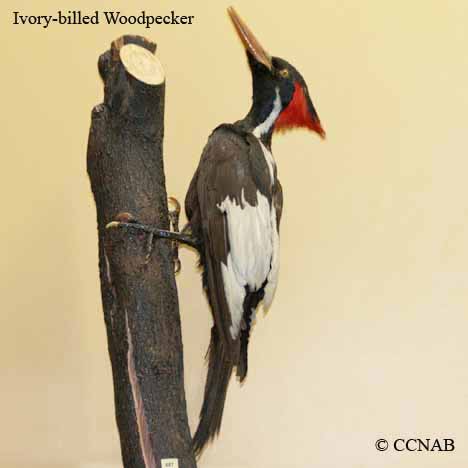 Images of the extinct Ivory-billed Woodpecker are courtesy of the North Museum of Nature and Science in Lancaster & the Carnegie Museum of Natural History in Pennsylvania, USA & the Royal Ontario Museum, Toronto, Ontario, Canada.

Life, Habitat and Pictures of the Ivory-billed Woodpecker