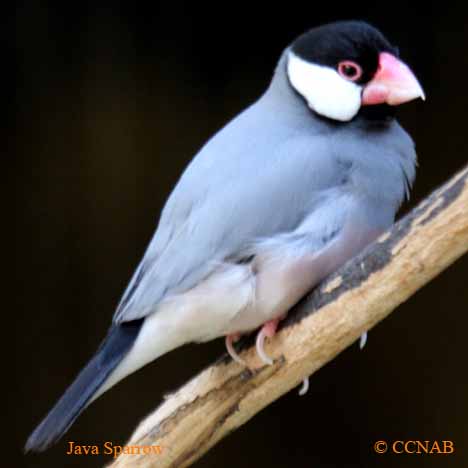 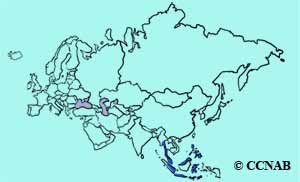 The Java Sparrow is a native bird of southeastern Asia and an exotic sparrow seen in zoos and captive bird centres in North America. On occasion, this large-billed bird might be seen as an escapee from a home or bird park in some southern US cities.