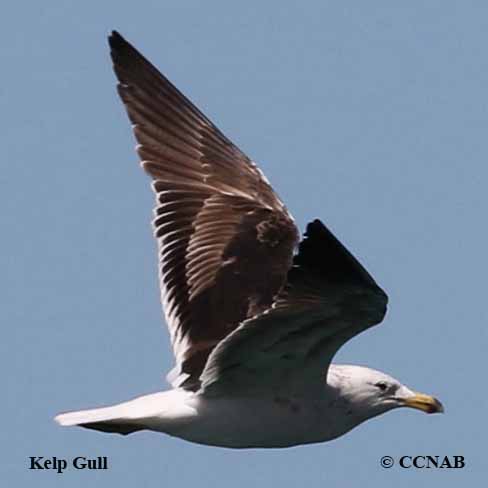 The Kelp Gull is a common seabird and native to most land masses in the southern hemisphere of the continents in the southern oceans. It has been seen as a vagrant in North America, most likely a visitor from South America.