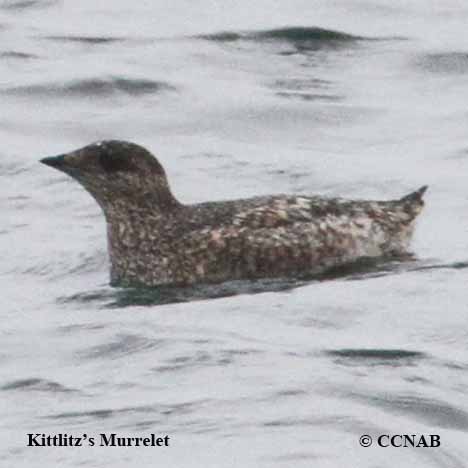 The Kittlitz's Murrelet is native to the Bering Sea. This small auk-like seabird nests on the Aleutian Islands. It can be seen as far east as along the coast of the Yukon Territory. It has a similar appearance to the Marbled Murrelet which is seen in most of the same waters.