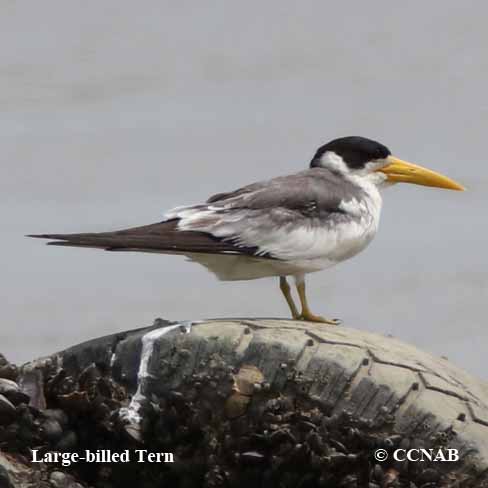 The Large-billed Tern is a native bird of South America. These terns can be seen on the island of Trinidad, which is probably one of the most northern ranges for these seabirds. This tern is very similar to the Yellow-billed Tern, which shares the same ranges. The Large-billed Tern has been seen inside the North American perimeters and is a recognized vagrant.