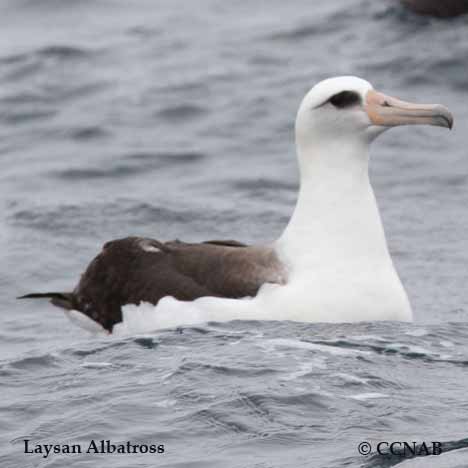 The Laysan Albatross covers the largest area of the Pacific Ocean among the local albatrosses seen along the western waters of North America. It will nest on certain islands in the southern Pacific Ocean. In late spring, large numbers of these albatrosses are seen throughout the Bering Sea.