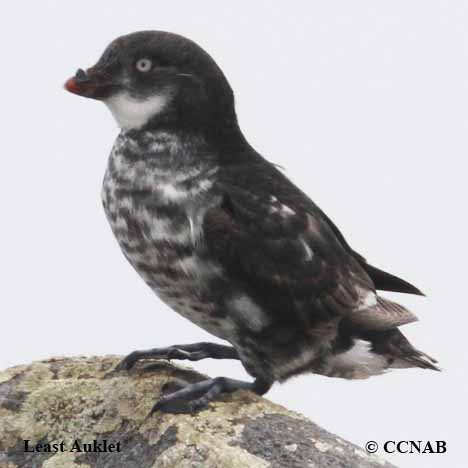 The Least Auklet is the smallest member of the auklet family. This small dark seabird can be found in abundance throughout the Bering Sea islands and the western end of the Aleutian Island chain. They have a similar appearance to the Dovekie, which is seen mostly in the Atlantic Ocean.