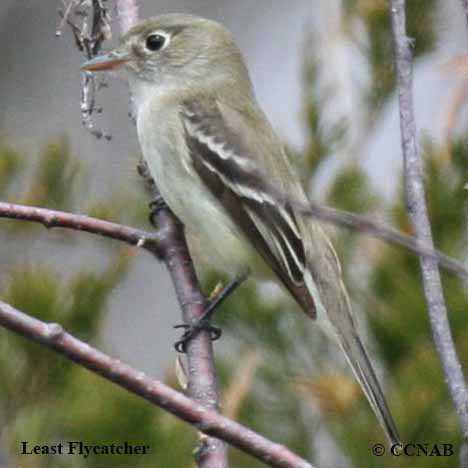 The Least Flycatcher is one of the smallest members of the flycatcher family. This small grey-greenish bird is often overlooked as it spends its time seeking out insects in the tree foliage. It nests in the central regions of North America. During the winter months, it migrates mainly into Mexico and also stays in some of the extreme southern US states.