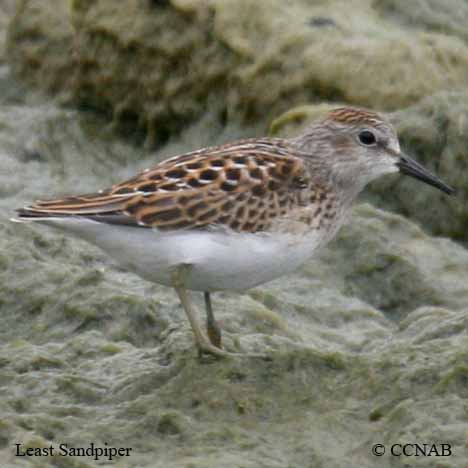 The Least Sandpiper is the smallest member of the sandpiper family that is seen in North America. There is always some confusion when trying to determine if the sandpiper is a Semipalmated or a Least. A good rule to remember is the saying "Least is yellow". Another identifying indicator is that the Least Sandpiper has a downward curve to its bill.