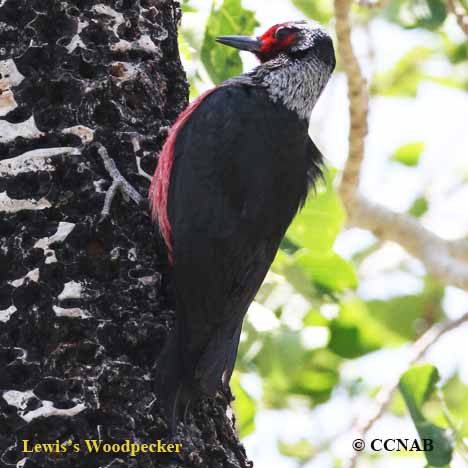 The Lewis's Woodpecker is one of the larger members of the North American woodpecker family. This beautiful rose, black and grey coloured bird is one of the most attractive woodpeckers seen in North America. It is found in the western parts of the continent, from southern British Columbia to southern California and eastward to western Oklahoma.