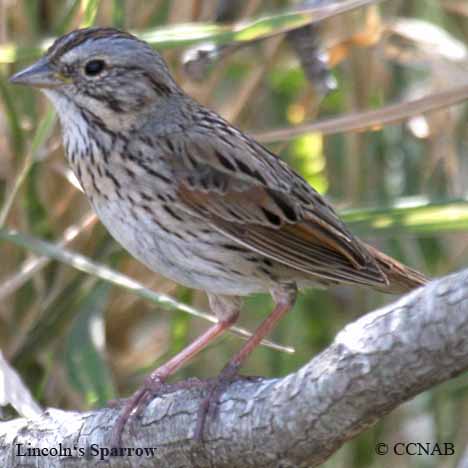 The Lincoln's Sparrow is a shy bird, and most times, it is a challenge to observe it. It is very similar in appearance to the Song Sparrow, but once one has seen a few of them, it becomes easier to distinguish the two. It gives a sharp chirp when it is alarmed or when it is defending its territory. It is seen mostly around marshes and meadows.