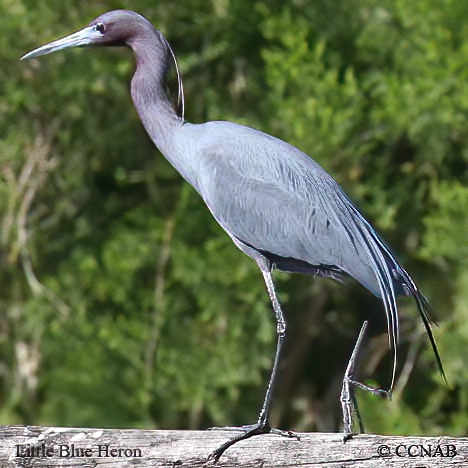 The Little Blue Heron is a wading bird. This heron's plumage displays many different shades of blue, from light colours to dark colours. It can be found mostly in the lower eastern half of the US states, through Mexico, Central America and South America. It is seen throughout all of the Caribbean islands. In recent years, there is an indication that these herons are expanding their range farther into the northern regions of North America.