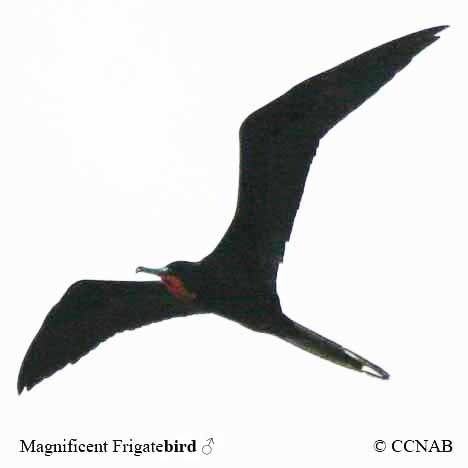 The Magnificent Frigatebird has one of the widest wingspans of all seabirds. This beautiful black coloured frigatebird, with its long forked tail and long hooked bill, can be seen all along the southern coast, from southern California to the northern countries of South America. Also, from northern Florida southward througout the islands in the Caribbean Sea.