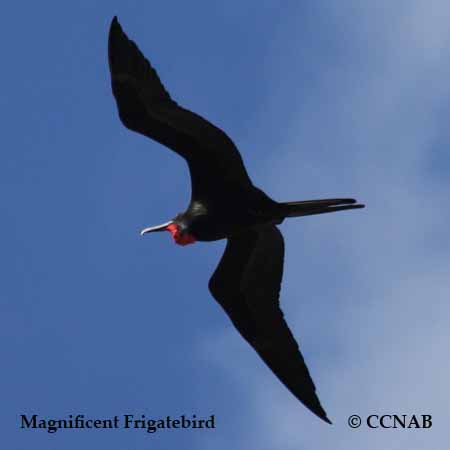 Only one frigatebird is native to North America and it is called the Magnificent Frigatebird. The Great Frigatebird and the Lesser Frigatebird are both vagrants and have rarely been seen on the continent. Frigatebirds in general are dark plumaged seabirds and are identified by their long slender wings and forked tails.

The frigatebirds are not known to land on water, instead they catch their food off the water surface or dive into the water. These tropical bird species are seen in the warmer waters of the various oceans around the world.