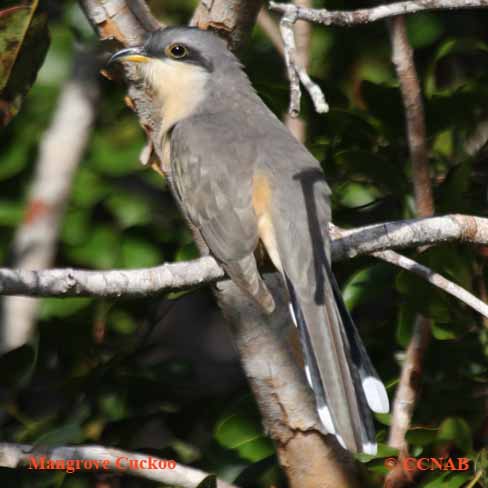 The Mangrove Cuckoo, as the name suggests, lives in the mangrove forest. They can be seen in the most southern areas of Florida and on the Caribbean islands. This shy bird is very difficult to seek out. One might be more apt to hear it calling than to actually see it. It is suffering a shrinking habitat because of coastline developments throughout all of its territories.