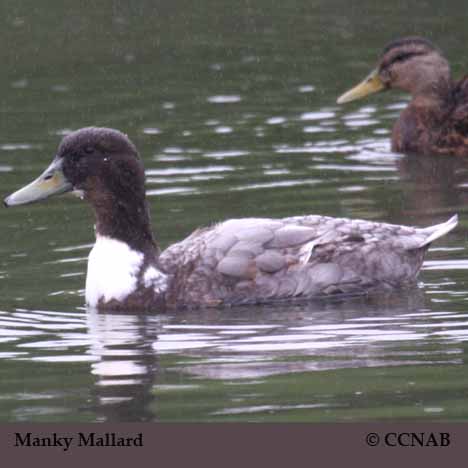 The Manky Mallard is a species of the domesticated wild Mallard. These birds have the ability to fly and are known for their many different colours of plumage and looks. They are even recognized today, by names given to the different hybrids, which have a similar appearance.