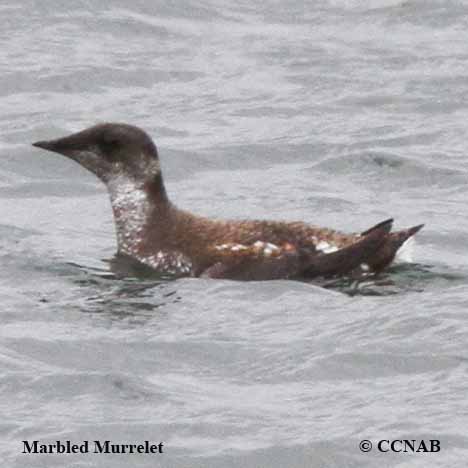 The Marbled Murrelet is a small seabird and a member of the auk family. It has the longest range of all the murrelets seen in North America. Depending on the time of the year, it can be seen along the Pacific coast, from the far western tip of the Aleutian Islands to the southern regions of California.