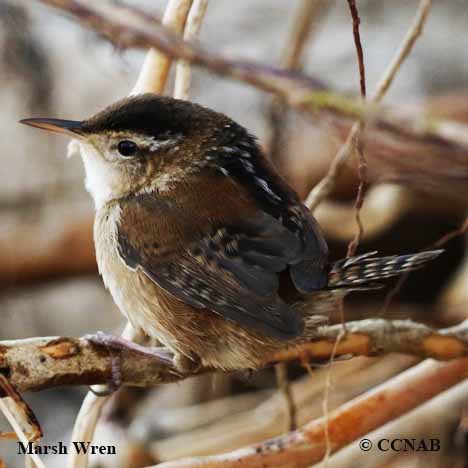 The Marsh Wren, like all wrens, is a bird more often heard than seen. Coaxing this bird with a variety of sounds and whistles, might entice the wren to show itself briefly. It was once known as the Long-billed Marsh Wren because of its noticeable longer bill when compared to the Sedge Wren.