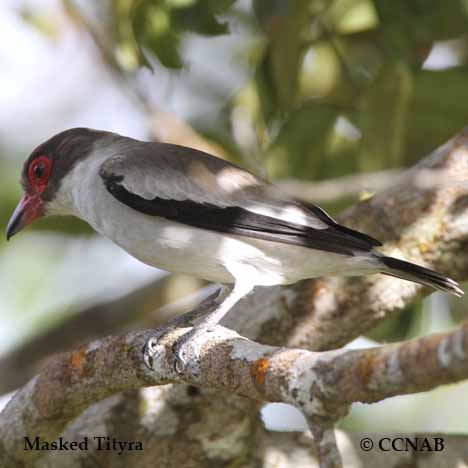 Life, Habitat and Pictures of the Masked Tityra

The Masked Tityra is a vagrant bird species from Mexico. It has been seen and identified north of the Rio Grande River. This mostly white and black coloured bird with a red face patch, can be found in semi-open tree landscapes. It is most often seen in the crowns of the trees all the while hunting for insects.