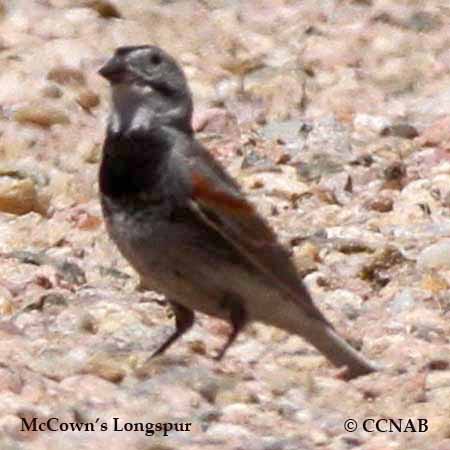 The McCown's Longspur lives in the prairie grasslands of North America and is one of the least common longspurs seen, other than the Smith's Longspur. This ground feeding bird prefers a drier habitat than the other longspurs. It is likely to be seen in short grass such as areas grazed on by livestock.