Species: The Merlin (Falco columbarius), once known as the "Pigeon Hawk", feeds mostly on small birds, larger insects and some mammals. It is a member of the falcon family, identified as such, because of its double-toothed beak. It breeds in the northern regions of North America and is becoming a more common sight during the spring and fall. It is known to follow and prey on smaller birds during the migration periods. 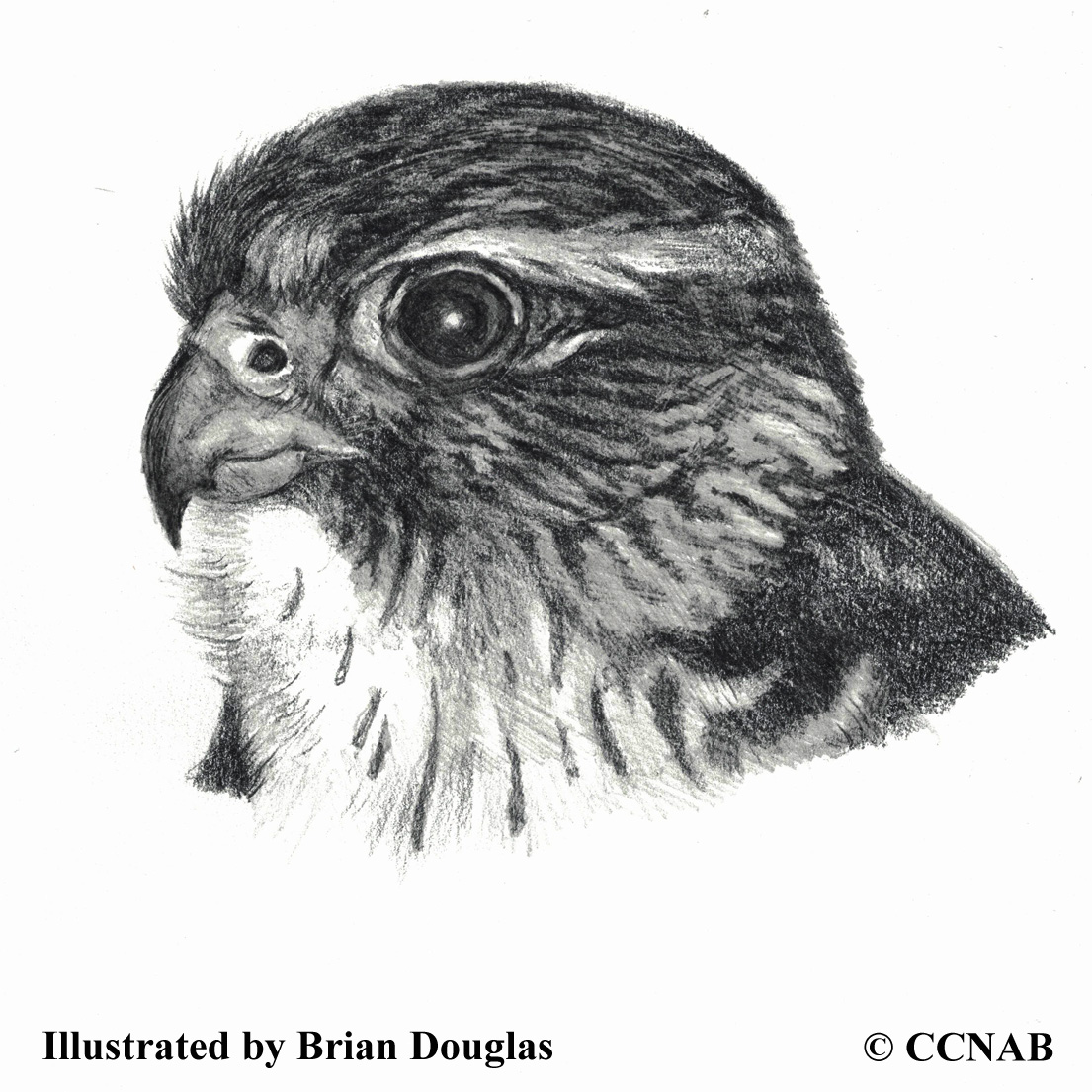 Distinctions: Sexually dimorphic, the male has a bluish-grey back, most times, a dark crown and with a slight mustache. Pointed wings displaying a checkered pattern and its' breast with brown streaking. The female is light brown and a brown back with light streaking. The juvenile is similar to the female with browner plumage and more visible streaking on the breast.

Voice: Calls are similar to other birds of prey, sharp repeated cries which are often heard when flying.

Nesting: Four to five pale eggs and brown spotted. Will use cavities in trees or even abandoned nests left by other large birds, to raise its young. 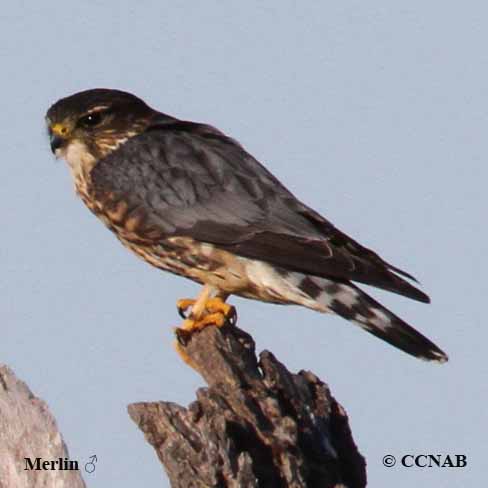 Life, Habitat and Pictures of the Merlin