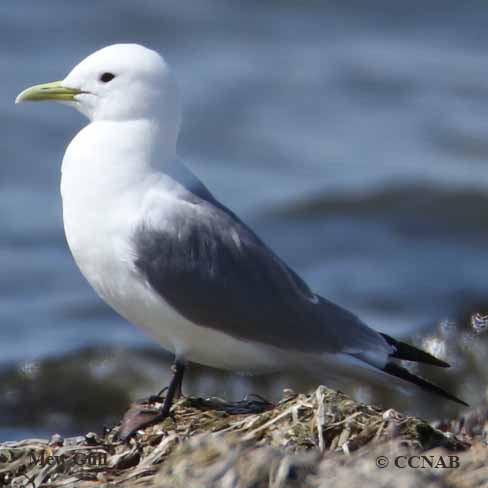 The Mew Gull is one of the smaller members of the gulls seen in North America. This dainty gull lives on the western coast of the continent and moves into the interior to nest. The Common Gull of Europe is a race of the Mew Gull and a frequent visitor to Newfoundland and Labrador in the winter months.