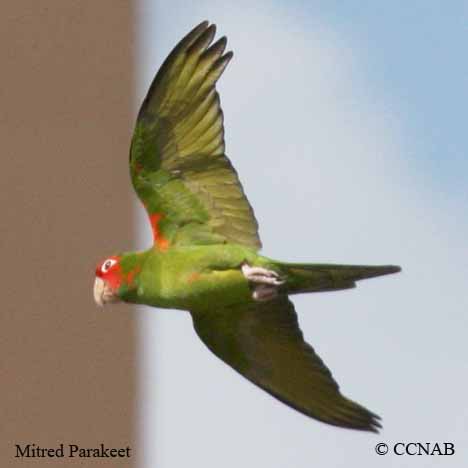 The Mitred Parakeet is an exotic bird that is native to the western regions of South America. This parakeet has been introduced into California and is seen in Los Angeles and in San Francisco. It is also seen in many cities throughout the state of Florida.