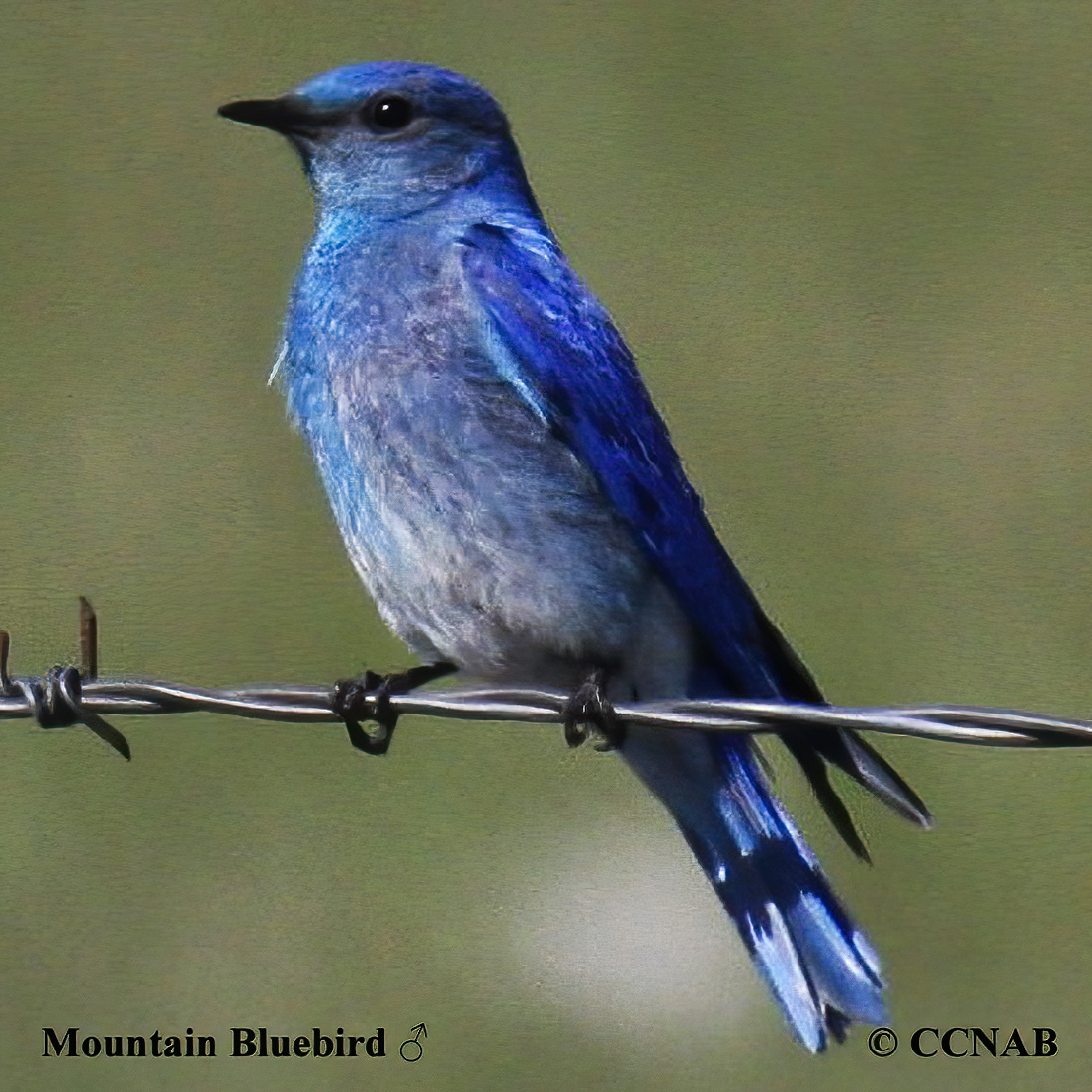 Species: Mountain Bluebird (Sialia currucoides) is a western bluebird species. The male is recognized by its all blue body, except for an area of white in the rump region. These birds feed by perching in open areas, pouncing upon an insect, when given the opportunity, or using their long wings to hawk flying insects in mid-air.

Distinctions: Sexually dimorphic, the male has an dark blue body, except for a local white patch on the lower breast and rump. Different from other bluebird species, who all show parts of orange in their plumage. The female has a greyish-blue plumage, as does the juveniles as well, again difference from other female bluebird species, who show light brown and oranges in their plumage.

Voice: A low warbling song, quiet on most occasions.

Nesting: Five to six pale blue eggs, two broods per year. The Mountain Bluebird nest in tree cavities. There has been a noticeable increase in their population numbers, because of the many bird houses, now being installed in their breeding grounds. These birds may be seen near forest edges or fields, where they have access to their food source in open areas. 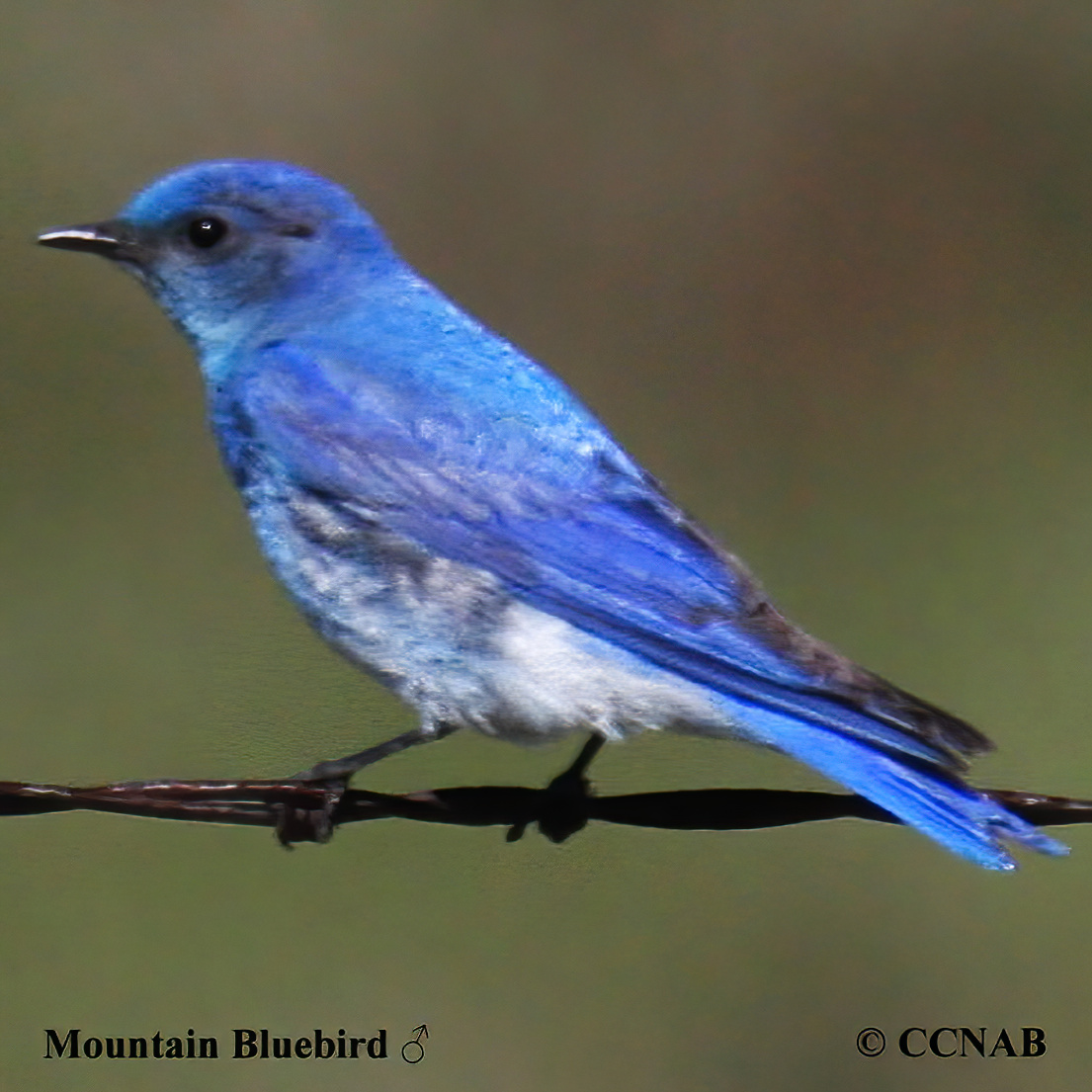 Distribution: Seen in the southern regions of Alaska, across the Canadian prairies to Saskatchewan, down to California and over to the southern boundaries of Texas. Like other bluebird species, the Mountain Bluebird will nest in bird houses. It is not an uncommon sight, to see them perched on fence lines, next to roads and highways, occupying a local bird house.